Richard O’Brien’s rambunctious, unruly, bawdy cult-favourite The Rocky Horror Show returns to the Metro Studio Theatre this fall under the deft and assured direction of Britt Small. Small has directed this production annually since 2014, for the first two years as RKO Productions, and now under Atomic Vaudeville. As a result of this recent tradition, the show has become as much a part of the fabric of Victoria’s Halloween celebrations as is attending a screening of the 1975 film The Rocky Horror Picture Show. Many of the performers and creative team for this year’s RHS have been involved in various capacities in some, if not all, of the previous iterations, and it is clear that part of the intent with this year’s production was to find new colours and flavours in a script that is familiar to many of these artists.

The promotional poster for The Rocky Horror Show at the Metro Studio Theatre. Picture acquired from the Atomic Vaudeville website.

The stage version of RHS premiered in 1973, followed in 1975 by both the Broadway production and the infamous film version. While the film doesn’t drift too far from the original stage script and both are very much in the vein of the awkward but enticing mid-70s response to sexual liberation and mainstream awareness of camp culture, the overall tone, presentation, and audience experience of the two are significantly different. While most screenings of the film essentially facilitate a night of naughty behaviour for the predominantly costumed audience to act as part of the show, complete with props brought from home and shouted lines, the stage production is a different animal. It definitely pays homage to this tradition, but with certain rules, modifications, and assertions. While it is still about fun and frivolity, the show reminds its audience that, first and foremost, they are there to enjoy the work of a skilled, trained, and talented cast and creative team.

Enter local burlesque emcee J. McLaughlin. In her role as Narrator, she serves a triple function as a traditional deliverer of exposition, a seductive and engaging cabaret-style host for the evening, and a facilitator of the loose regulations of decorum that preserve the necessary logistics of the production. While she enforces the rules, declaring that any props used by the audience must come from the official prop bags, she also gives the audience the autonomy to express any pleasure, pain, or confusion that they feel during the experience. Similar to Dr. Frank N’ Furter’s control over the other characters, McLaughlin encourages the crowd to have fun but not too much fun, and certainly not unsanctioned fun. Particularly in the second act, she presides over the performance in an unlit corner downstage left, acting as a proxy and an example for the audience: mimicking choreography, quietly singing along, and reacting to the other performers. She also absorbs the traditional Usherette/Magenta task of singing a sultry rendition of the show’s opener “Science Fiction Double Feature.” Her costuming, make-up, NPR-host-gone-awry demeanor, and burlesque-inspired physicality all work in tandem to build a necessary bridge between the gap of a well-executed, -timed and -choreographed theatrical production, and a wild, audience-participation-soaked free-for-all.

While McLaughlin brought a lot to the table in terms of audience management through quips and double-entendres, the king and queen of such behaviour is Griffin Lea as Dr. Frank N’ Furter. Lea is a fascinating performer because while he has the facility and presence to play hero/leading man roles in the canon of musical theatre, exhibited by his credits as Cliff in Langham Court’s Cabaret and Enjolras in VOS’ Les Miserables, he also possesses the physicality, charm, and bluster to play comedic, complex, and challenging roles, often involving the use of drag. A founding member of RKO and an AV mainstay, Lea has portrayed Frank N’ Furter annually, and this past summer gave a powerful, complete and emotionally devastating performance as the title role in AV’s production of Hedwig and The Angry Inch. While I would argue that Hedwig was a meatier, more layered role for him, his rendition of Frank N’ Furter is well-established, sardonic, self-aware, and teeming with adept showmanship. He knows this role inside and out, and, as a result, his cast mates and the audience are in capable hands.

Across the board, the entire cast is dynamic and surefooted in their performances. In particular, Amber Landry is impressive and compelling as Riff Raff. This role is written vocally for a high male rock tenor voice, but from a theatrical perspective is suited for a quirky and committed character actor (or character actress due to the required range). With her powerful belt and confident stylistic choices, Landry’s voice is perfectly suited to this part, and her characterization is clear, menacing, and appropriately creepy. Other standouts include Madeleine Humeny as the feisty Columbia, Ingrid Moore as the unbridled Magenta, and Jeff Insell as the proverbial “straight man” Brad.

The thematic focus of this production is the dichotomy between the sexual and social liberation it espouses, and the cruel master who actively monitors said freedom, and coerces or punishes those who resist him. While the images and subject matter are tonally dark, the writing and execution handle them with a light-hearted, flippant, and camp sensibility. Treading along a similar paradox, this particular production balances the conventions of a theatrical performance with the raucous atmosphere and chaos of an annual rollicking audience-participation event. Whether you are more partial to the former or the latter, AV’s asks you to explore the blurry line between the two, and the result is a theatrical experience that is unconventional, well executed, and extremely entertaining.

Atomic Vaudeville’s The Rocky Horror Show has 3 more shows at the Metro Studio Theatre from October 27th to October 29th. Tickets are available at the door or online at Ticket Rocket, and they are regularly $32 or $37 with a prop bag. 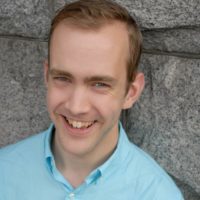 John Manson was born and raised in Victoria, BC. He is a "jack of all trades, master of none" in many different facets of the local arts community. John's current endeavours include acting, musical theatre, dance, visual arts, and writing. You can periodically see him on stage with Raino Dance, Victoria Operatic Society, and Langham Court Theatre. 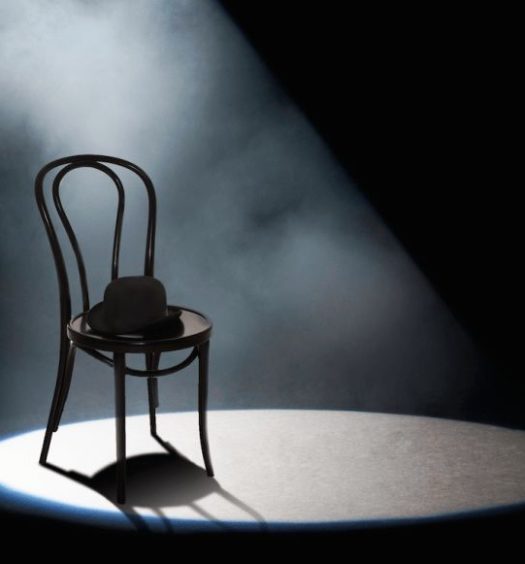 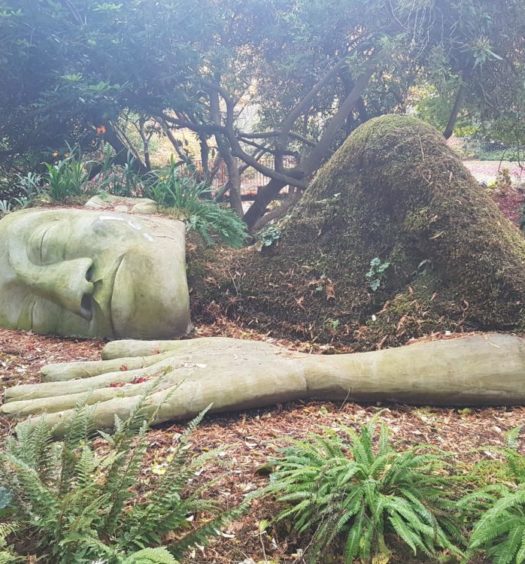 This site is supported by Pink Sheep Media